– Ancient Andean grain of the Incas again center of attention in the US.

– “Quinoa, a gastronomic legacy for the five continents” to bring together prominent chefs of different nationalities to the Big Apple.

– Award-winning gourmet book to be presented at the event.

New York, USA, June 23th – Peruvian quinoa with its ancestral history, high nutritional value, and remarkable versatility is getting ready to unleash a new “gastronomic revolution” in the City of New York, United States this July at the event “Quinoa, a gastronomic legacy for the five continents, organized by the Peruvian government – and which seeks to become a celebration of gastronomy where quinoa, international chefs, and the best of Manhattan are the main protagonists.

The gourmet conference and exhibition, to be held on Thursday, July 2nd, 2015, from 5:30 pm at the Midtown Loft and Terrace (267 Fifth Avenue 11th Floor, New York, NY 10016), is expected to be attended by senior representatives of the Peruvian government and will have special participation from chefs from the United States, Peru, Spain, among others, who will demonstrate the incredible versatility of quinoa by preparing fusion dishes from various countries and all based on this pseudo-cereal considered today as one of the key players in global food security. 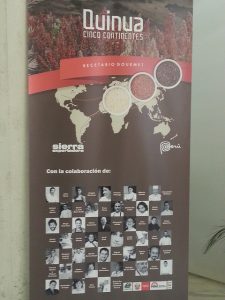 “Quinoa, a gastronomic legacy for the five continents” will host speakers like Mr. Juan Manuel Benites, Peru’s Minister of Agriculture and Irrigation, who will open the event with a presentation on the golden grain of the Andes of Peru. Then, Mr. Alfonso Velásquez Tuesta, chief executive officer of Sierra Exportadora will take the stage to speak on promoting quinoa consumption through gastronomy. This will be followed by Dr. Dilcia Granville, Public Affairs Specialist for the US Food and Drug Administration (FDA), who will present an exhibition on healthy food.

Quinoa, a crop with extraordinary adaptability to different agro-ecological ground, is very rich in calcium (easily absorbed by the body); iron (containing triple that of wheat and rice); potassium, magnesium, phosphorus, zinc and manganese; and is the only plant food without gluten that has all the essential amino acids, minerals and vitamins.

Currently, its cultivation has spread to different parts of the world, and quinoa is grown in England, Denmark, Sweden, Netherlands, France, Italy, in the Himalayan region, on the plains of India, and even in the savannas of Brazil. However, the quality of Peruvian Quinoa is unmatched, allowing Peru to consolidate as the main producer and exporter of this Andean grain after having reached a six-fold increase in its quinoa exports in recent years- all due to the high demand that has this ancient Peruvian products boasts on all five continents. 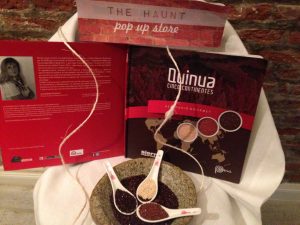 According to the Ministry of Agriculture and Irrigation of Peru, the volume Peruvian quinoa foreign sales in 2014 reached 33,104 tons, largely surpassing the 18,250 tons exported in 2013 and representing an increase of 81%. Exports of Peruvian quinoa are expected to total 200 million this year.

Today, there are about 3,000 varieties of quinoa and more than 35,000 hectares of this wonderful crop in Peru. The outstanding varieties of quinoa for export are the Pasankalla, Chullpi, Kanccolla, Cheweca, Koyto, Sayaña and Ratuqui, among many others, which are sent to the United States, Canada, Australia, Germany, and Italy and over 50 other world markets where it is consumed in different forms. Its high content of protein, vitamin E, calcium, iron, antioxidants and the ten essential amino acids for humans, makes quinoa a gastronomic jewel.

In different countries this ancient Peruvian product is consumed as pearled quinoa, flour, pasta or noodles, precooked soups, baby food, powdered nutritional supplements, chips, juices, soft drinks and energy bars. Peru’s larger-scale production of quinoa is located in the regions of Puno, Ayacucho, Cusco, Apurímac, Arequipa and Junin. The economic potential of this Andean grain is increasingly valued not only in the food industry, but also in the chemical, cosmetic and pharmaceutical world.

Note that because of its specialized nature, the event “Quinoa, a gastronomic legacy for the five continents” is bringing together journalists, researchers, members of professional cooking schools/food, chefs, representatives of supermarkets and minimarkets, restaurant owners, caterers and food stores, nutritionists and quinoa marketers.

Similarly, there the event expects to host the presidents and directors of culinary associations and trade organizations, as well as representatives of food importers specializing in Andean grains, beverages and spirits, functional and nutraceutical products, supplies for the food industry, juices, pulps and concentrates, organic products, and gourmet and prepared foods. 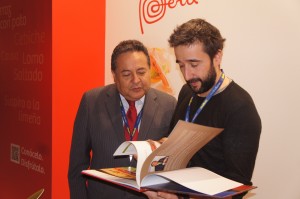 The award-winning gourmet book “Quinoa Five Continents” -published by Sierra Exportadora, under the Ministry of Agriculture and Irrigation of Peru, will be presented at the event after it received several compliments at the XII International Summit of Gastronomy ‘Madrid Fusion’; and again this past June 9th when it won worldwide recognition after taking second place in the category “Best Foreign-International Cuisine” at the prestigious Gourmand World Cookbook Awards 2015- an award also known as the ‘Oscars of Cookbooks’- at a ceremony held in Yantai City, Shandong, China.

This unforgettable gourmet cookbook is made up of 31 recipes created by undisputed stars of international gastronomic expertise. It was developed as a tribute to small Peruvian farmers and the 7,000 year history of quinoa; a food that, according to the United Nations Organization UN Food and Agriculture Organization (FAO) has great potential to reverse the hunger and food vulnerability of some 795 million people, according to the latest report on food security globally (SOFI 2015) presented by the UN entity. 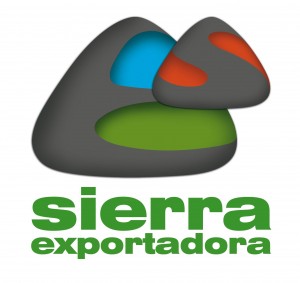 Sierra Exportadora, with the gourmet book “Quinoa Five Continents“, brought together maestros like Joan Roca, considered one of the best chefs in the world, from the iconic restaurant El Celler de Can Roca; Pedro Subijana, multiple winner of international awards for cuisine, awarded three stars, the highest rating in the Michelin Guide; Juan Mari Arzak, one of the most important and awarded chefs on the planet; and Martin Berasategui, San Sebastian native chef with seven Michelin stars, obtained between 1986 and 2011.

Also contributing the gourmet book of Sierra Exportadora, among others, was Mariano Andres Puerta, pioneer of Spanish cuisine in the UAE; Paco Perez, famous Catalan chef with five Michelin stars; Francis Paniego, from the Cooking Channel, the only television channel in Spain specializing in food; and Peruvian native Virgilio Martinez, executive chef of ‘Central’, considered the fourth best restaurant in the world and best in Latin America, according to the influential San Pellegrino list (The World’s 50 Best Restaurants 2015), prepared by the British Restaurant magazine.

Sierra Exportadora- the Peruvian government agency for promoting Andean products in the domestic market and internationally, collaborated in the publishing of the gourmet cookbook “Quinoa Five Continents“, with journalist and gastronomic consultant Alejandra Feldman (Argentina), and the great chef instructor Irina Herrera (Peru), both with significant experience in Latin America and Spain.

“Products like this book by Sierra Exportadora, not only celebrate a grain, but a whole culture that has kept this food heritage alive. It is important to dedicate this book to the small farmers who are guardians of biodiversity and whom are essential to the conservation of traditional knowledge linked to quinoa cultivation,” said FAO representative in Peru, John Fancis Preissing, when referring to “Quinoa Five Continents”

If you want to participate, you have to give your name and table.  thanks

No images found!
Try some other hashtag or username